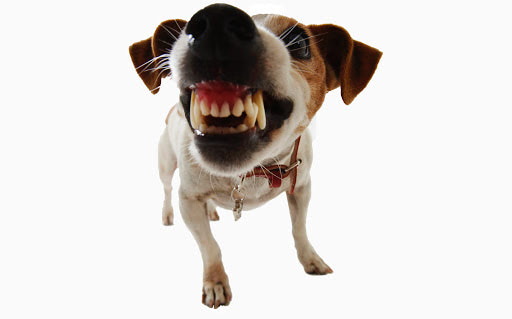 Have you or your loved one been attacked by a dog? Well, it might have affected you emotionally and financially too. There were 4.7 million dog bites in the US last year.At,the  DogBite King Las Vegas Law Group, we have worked for many years assisting victims of dog bites. Do you need legal guidance after a dog attack? Feel free to call us on 702-DOGBITE (364-2483). We offer free case evaluation for dog bite cases. You may be entitled to compensation.

According to a Las Vegas R-J study ,animal control has received reports of

about 2,500 dog bites per year for the last several years. Many bites are not reported so this number can be assumed to be much less than the actual amount. Being bitten by a dog happens often enough to be a concern. These reports include everything from minor dog encounters to maulings resulting in fatalitiesSince 2012, fatal dog attacks occur in Clark County at a rate of about one per year. Some of the fatalities are from infections from the bite may not occur until much later

Unlike many states, Nevada does not have a state dog bite statute. Dog bites are governed by local ordinance, common law, and case law regarding liability. In Las Vegas if a dog bites a human and has never bitten or had a history of attempting to bite previously, no legal action will be taken by animal control against the animal’s owner, but the victim of the bite, may sue civilly through a personal injury case.

Nevada’s dog bite liability case law as established in Nevada Supreme Court decision, Harry v. Smith, 893 P.2d 372, 375, allows a dog bite victim to sue the dog owner if negligence occurred. This would be interpreted as the absence of care a reasonably prudent or careful person would exercise in similar situations

a Dog has Bitten Me, Can I Sue the Pet Owner?

Yes, if the owner showed negligence in failing to restrain the animal or take preventative measures to keep the bite from happening, especially if the dog has a history of biting or attempting to bite other people. If the dog was declared a dangerous animal, which would happen after the first reported bite, the dog owner has enhanced responsibility for restraining the dog. Since dog bites are governed under a framework of state and local laws, you should hire an attorney to navigate the complex legal territory.

If a dog has bitten you, first visit an emergency room or doctor to clean and suture the wound, if needed. Due to the danger of infection, such as tetanus, much less rabies and other animal born disease, it is important to be treated shortly after the injury. Once you’ve received medical care for the injuries, call our firm to discuss.

As much as dogs are a man’s best friend, there is nothing you can call a safe dog breed. At any point, dogs can become dangerous. Here is a list of the most dangerous dog breeds based on the breed’s reputation and the reported attacks in the past.If you know this information, it will help you protect yourself

The CDC conducted a 20-year study to collect data on dog bites and other fatalities resulting from dog attacks and these were their findings.

For purebred dogs, there were a total of 153 attacks outlined below.

For crossbred dogs, there were 63 attacks outlined below.

The total number of attacks from unknown breeds was 238 and the total deaths resulting from dog attacks between 1979 and 1998 was 454. The data from the CDC only shows the dog attacks that resulted in death. The number of attacks resulting in injury is unknown since most of these injuries go unreported. Also, the CDC can’t track these attacks because they are mostly eyewitness accounts that are rarely accurate.

There have been other studies conducted to identify safe dogs or those that are the best idea for children or family pets. The list below shows dogs that are safe to have around children or families. They have a good temperament translating to less aggression and fewer chances of attacks. The problem is some dogs  have especially strong bitres.They can rip flesh causing permanent scarring and//or break bones

How is a Dog’s Bite strength calculated?

You need to be extremely cautious when approaching any type of dog regardless of the breed or size. The temperament determines their attitude and their likelihood to attack or bite. If you or your loved one has been bitten by a dog, you need to get medical treatment immediately. Don’t approach dogs that you are not familiar with and always maintain a safe distance between you and the dog.

Getting Legal Assistance After A Dog Attack

If you or your loved one has been attacked by a dog, you need to get legal assistance since you might be entitled to compensation. At the scene of the attack, exchange information with the dog owner. Take pictures of your injuries, and go to the emergency room if necessary. You should also call animal control . Call the DogBite King Las Vegas Law Group,  (DBKLG)  and get the help you need. At DBKLG we are ready to fight for your rights and make sure the negligent dog owner is held liable for the damages caused by their pets.

If you or your loved one has been attacked by a dog in Nevada, you are entitled to damages such as the following.

You don’t need to suffer alone when you can get the best legal assistance and pay off these expenses from your compensation. If you want to pursue your legal rights after a dog bite, you should call us today  702- DOGBITE (364-2483). Our experienced attorneys will help you or your loved ones today.